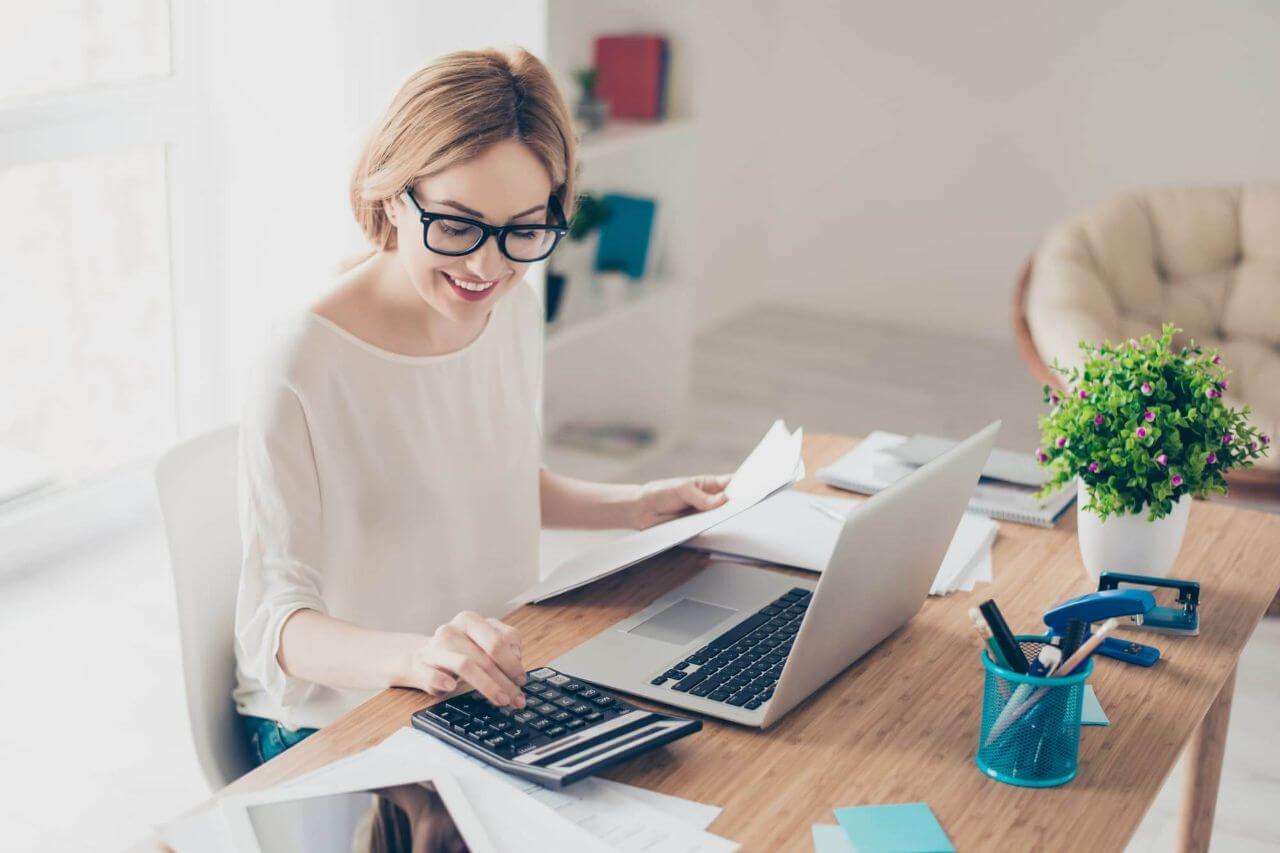 Most practised face-to-face trainers can spot if someone isn’t paying attention. Foot tapping, fidgeting and other tell-tale signs alert the facilitator to a dip in engagement, allowing them to react swiftly and re-engage the group. But how can you keep an eye on your attendees when you can’t see them?

This is just one of the many skills virtual trainers have had to develop in the new world of virtual learning brought about by the Covid crisis, where you’re more likely to understand the idiosyncrasies of your learners through online chats and polls than via body language and facial expressions, and trainers have had to relearn their craft to make sure it’s fit for an online classroom. Jo Cook, director of virtual learning consultancy Lightbulb Moment, reports a big jump in the number of enquiries she has received for online training since the pandemic began. “So many emails are now along the lines of: ‘We started this conversation in 2017 but I would now like to take up your services,’” she says. “The whole world suddenly wants to go digital.”

And of course, the increased demand for virtual facilitators is likely to fall squarely on the shoulders of L&D and HR. But where do you begin with upskilling your existing trainers to be competent and confident online educators?

Transferring face-to-face skills to a virtual setting may seem like an easy switch, but understanding the nuances between the two can be the difference between success and failure, says Stella Collins, co-founder and chief learning officer at Stellar Labs. “[In a virtual classroom] you haven’t got the same kinds of tools and resources to explain things to people, and that makes a big difference to the trainees and the trainers as well,” she explains.

“If they are an experienced face-to-face trainer, making the transition to a virtual classroom might be frustrating as they are not getting the same experience. You can always build on their [existing] experience, but you can’t just take a face-to-face course and turn it digital; they have to be designed differently.”

This was one challenge faced by Jill Loveridge, head of L&D at Surrey and Sussex Police, who had to suddenly take a predominantly face-to-face training programme and move most of it online. Naturally, some elements of police training, such as how to physically search or handcuff someone correctly, cannot be done in a virtual setting, but nonetheless Loveridge was faced with the “challenge”, as she describes it, of reskilling a team of 20 facilitators in virtual teaching. “The trainers here are used to face-to-face delivery,” she explains. “They were far more familiar with small, face-to-face training groups packed full of personal lived experiences and on-the-job examples.”

But Collins assures that, challenging as it may be, having existing experience in face-to-face training will make the process easier. “You need to have an understanding of how people learn and react and, if you’ve worked face to face, you’ve probably got a lot of that experience already,” she says. But, she adds, having no training experience whatsoever “might be better as you aren’t holding on to old habits”.

Making sure your trainers are skillful is only half the battle – the opposite main pitfall to on-line learning is usually the technology. There are a large number of platforms to settle on from, and Michelle Parry-Slater, industrial learning content manager at the CIPD, says understanding a platform’s capabilities is that the opening move in coaching a replacement digital assistant. “Not all tools were created equally,” she explains. “Some tools, like Zoom and Microsoft groups, ar video communication tools; they're not teaching tools, in contrast to Webex and Adobe Connect, which are. It’s not that you simply can’t use any or all of those tools for learning and development, however you would like to grasp what they will and can’t do.”


But whereas coaching folks nearly is one issue, however do those that give the coaching become well-versed in digital techniques? initial, they have to be comfy with the platform, and therefore the best thanks to do this is by practising, says Collins, WHO advocates learning in context for max edges. “Virtually coaching somebody to be a virtual trainer is that the right thanks to sleep with as a result of the trainee is in context,” she says, adding that whereas before Covid she delivered virtual ‘train the trainer’ sessions as a mix between on-line and face to face, they're currently only on-line – and massively improved. “This suggests that the expertise for the trainee is extremely real, it provides them context and a contemporary perspective on what it’s prefer to be a digital learner. It conjointly provides them expertise of handling the hiccups and challenges,” she says.


Loveridge took a similar tack with coaching her team, employing a two-pronged approach of free on-line coaching programmes from digital education platform FutureLearn, associate degreed skills-focused sessions with an outsourced trainer. “The trainers in training did a great deal of trial and error apply sessions with one another and gave constructive feedback,” says Loveridge. “If one thing didn’t go well, they were ready to determine the matter, and currently they’ve come back up with a reasonably strong list of dos and don’ts among themselves. They found solutions by talking concerning what went well and what didn’t, that has enabled them to enhance.”


This methodology of coaching in context could be a successful thanks to engender confidence in your trainers in order that they will focus a lot of on the learners, says Cook. “The longer you'll pay familiarizing the trainees with however the options work, the lighter they’re planning to feel. Then they will concentrate on the folks and therefore the facilitation, and fewer on the technology.” This, she says, forms a natural pathway to a different new ability virtual trainers can need: teaching folks you can’t see.


Trainers and facilitators WHO cut their teeth on face-to-face teaching can have a aptitude to browse the area, however because the pandemic rages on and therefore the want for on-line coaching becomes crucial, this ability must be tailored. “Trainers will want {they ar|they're} simply reprimand a pc and are unable to browse the visual communication and energy of the area,” explains Cook. “They’ll got to learn to adapt to measure the energy and feedback in an exceedingly virtual room.”


She says this ability has become very important within the pandemic as a result of learners WHO would typically undertake their coaching within the workplace or have an avid area to figure in ar instead bombarded with distractions. From pets and kids to their work emails, trainers can ought to work so much more durable to grab the learner’s attention – particularly if their webcams aren't turned on. “We got to perceive our craft we have a tendency toll|rather well|very well} therefore we are able to interpret what we do so reconstruct it forever on-line,” Cook says. for instance, an issue that might typically be asked face to face is changed into associate degree interactive poll to begin conversations within the chat box and provides the trainer feedback. “You will interpret most from your learners therein method,” she adds.

Parry-Slater additionally highlights that although asking queries may be a sensible place to begin, keeping your voice lively and creating the slides visual instead of word significant square measure imperative. “These square measure tiro errors and, if you’re not trained to facilitate on-line, you may probably struggle with them. If you simply place bullet purpose slides up on a boring background and speak through them in monotone, you’re not planning to do a awfully sensible job,” she says.


When it involves delivery, she adds, the most important criticism from facilitators is that they can't see their learners. “I entirely and completely refute that – you've got to appear out for folks and that i suppose this is often wherever tons of facilitators dig wrong,” Parry-Slater explains. “They’re thus anxious concerning the technology, their delivery and therefore the slides that they forget to try to to the foremost vital half, that is to appear out for the scholars within the schoolroom.” once it involves whether or not to show webcams on, she features a arduous and quick rule: “If it adds to the training flip it on, if it doesn’t, flip it off.”


However, this is often not the case for Loveridge, UN agency is delivering essential coaching with a rigid set of laws and expectations for learners. “We have quite strict rules concerning however our learners surface to coaching,” she explains. “They should be in uniform, and their camera forever needs to air.” and since of the importance of the coaching, keeping learners engaged may be a two-person job. “We have one trainer delivering the lesson, and another observation learners’ visual communication and directly addressing people if they feel they're not targeted or understanding the key points. It’s very vital to form positive they're participating with the programme,” she says.


As 60 minutes and L&D professionals bridge the gap between face-to-face and virtual delivery and foster new skills in their groups, Cook points out that there's no solution, which observe will so build good. “I will tell you all concerning the techniques and tips i take advantage of however, till you are doing it and knowledge it, you won’t learn a issue,” she says. “The school can fail however it’s attention-grabbing to be told from those experiences. The approach you learn to be a decent virtual trainer is by doing it.”